POI Shift and Return To Zero

A lot of suppressor companies claim that they have “zero impact shift” or “minimal impact shift.” That sounds great, but is it the truth? What does it really mean? Well, in order to understand these claims, we first have to define a few things.

Point of Impact Shift
A POI shift is a change in the bullet’s impact as a result of adding or removing a suppressor. This generally happens because the added weight of a suppressor changes barrel harmonics. As a result, shorter and thicker barrels are less susceptible to change, but the truth is that there is no way to guarantee zero shift.

So, if zero shift isn’t a given, then minimal shift must be the answer, right? Well, that depends on what people consider minimal. A good suppressor on a rifle with a heavy barrel will generally have a shift of around 1 minute of angle (approximately 1” at 100 yards). On a thinner, longer barrel, this number may grow. However, the number itself does not really matter all that much. Sure, it’s convenient to have a minimal shift if you’re shooting something big enough or close enough that it does not matter. However, for precision work any shift is going to have to be adjusted for.

What you’re really looking for is a consistent shift. Let’s say that when you remove your suppressor from your deer rifle your group moves up 3 moa and left 2 moa. While this is a rather large shift, it’s something that can be managed as long as it happens the same every time. Just dial for the change and move on. And, as a general rule, suppressors that provide a consistent shift will usually have a smaller amount of shift as well.

Return To Zero
A consistent return to zero means that when you remove your suppressor (to clean, transport, shoot without it, etc…) and re-attach it, your rifle will group in exactly the same place as it did before. As you can imagine, this is a very important quality for precision rifle shooters. Any suppressor that does not have a consistent return to zero is simply not suitable for long-range shooting.

Accuracy
It should go without saying that suppressors need to be accurate, but this fact is glossed over far too often. There are a lot of suppressors on the market that turn ¼-minute rifles into 2-minute rifles. This is simply unacceptable for any kind of precision shooting. For us to consider a suppressor accurate it must produce the same (or smaller) groups as its host rifle is capable of without a suppressor.

Testing
When we’re in the prototype phase, we do a simple test to find out how our suppressors do in all three of these categories. We shoot a group with the suppressor attached. Then we remove it, aim at the same point, and shoot a second group. This is repeated twice, for a total of four groups.

What we want to see on paper is two groups instead of four. This tells us that the suppressor delivers a consistent point-of-impact shift and a repeatable return to zero. We also want the suppressed group to be the same size or smaller than the unsuppressed group.

If a prototype does not pass every element of this test, then it doesn’t go to market. It’s as simple as that. 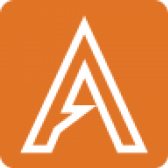 What The Numbers Mean

Without getting too far into the weeds on a very complicated subject, we’ll try to talk briefly about dB ratings. Suppressors are rated by their decibel reduction (intensity), which is different than perceived sound (loudness). While these two factors are related, they are not the same thing, and they are not proportional. When intensity increases…

There are few things that make you feel better about your shooting abilities than the satisfying ring of a steel target when a bullet hits it. That sound is guaranteed to put an ear-to-ear to smile on the face of whoever happens to be holding the gun. It’s great for everything from new shooters to…

“Quick Disconnect” is a bit of a misnomer. Some QD designs are not very fast to attach, and some direct-threads can be very quick. It is important to note that because suppressors get extremely hot after even moderate use, they must be allowed to cool before being removed no matter the attachment system. So purchasing…

Suppressors give hot gases a place to expand and cool. As a result, the suppressors themselves tend to get very hot. If you’re shooting at a high rate or on full auto, it doesn’t take a whole lot to make your suppressor too hot to touch or put back into your range bag. So, now…